This year may have been a write-off but 2021 and specifically January, gives many of us the opportunity to start afresh with two extremely popular social media trends… #DryJanuary and #Veganuary.

You’ve probably heard of both, with Dry January starting all the way back in 2012 and Veganuary growing in popularity each year since its launch two years later in 2014.

For people who don’t know, Dry January is an initiative for people to cut down on their alcohol intake for the first 31 days of the year, while Veganuary is actually a registered charity which inspires and supports people to try vegan throughout January (over 1 million have taken part since its introduction nearly eight years ago).

In January 2020, Veganuary saw more than 1200 new vegan products and menus launched and we are already seeing more of that this year, with Subway launching a new vegan chicken sub and double chocolate cookie, Chicago Town launching two new vegan pizzas and KFC bringing back its vegan burger to 750 restaurants across the UK from 4th January.

The Huddle Team will certainly be trying out some of those products during Veganuary and have even been doing a bit of pre-Veganuary testing, with our Senior Account Manager raving about the delicious vegan choc chip cookies from New England Cookie Co!

Whilst there are most definitely some very tasty vegan products out in the market, what impact does Veganuary in particular have on the social media world?

In 2020 the official Veganuary social media pages saw the following increases: 57k new page likes on Facebook, a total growth of 133,750 on Instagram and 3.5m impressions on Twitter. Not only that, but the official #Veganuary hashtag has seen 1.1 million posts on Instagram, whilst #Veganuary2020 generated 101k.

The numbers speak for themselves and they certainly don’t stop there, with hashtags such as #VeganRecipes having been used 6.2 million times and #Vegan itself a staggering 101 million.

Of course there are loads of different vegan-related hashtags that your brand can use throughout January and it’s not always a case of “the bigger the better” when it comes to our favourite little Instagram feature.

Whether you’re focusing on Veganuary or something entirely different, it’s extremely beneficial to have your social media hashtag strategy ironed our ready to hit 2021 from the off.

That’s what we will be doing with one of our lovable brands in January as we take part in Veganuary and we can’t wait to see how that community thrives over the coming month. 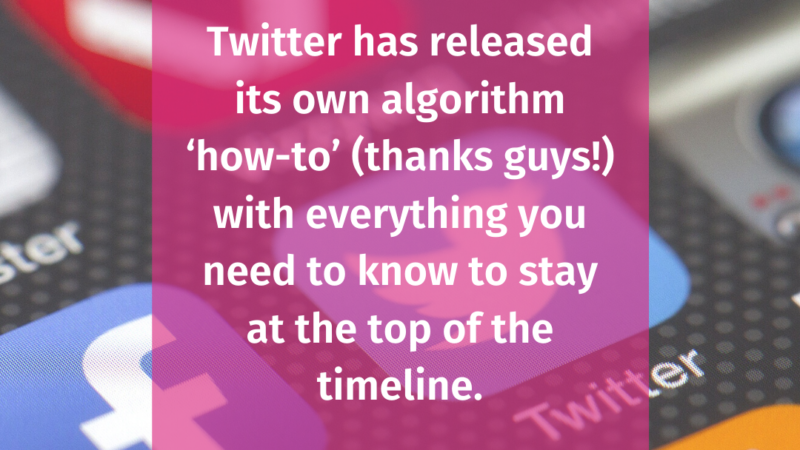 The Algo-Rhythm is gonna get you!

You know that feeling when you’ve finally figured it out? When your Social Media posts a...

Most of us will have been delighted to see the back of 2020 but after a rather tricky star...

You can find out more about which cookies we are using or switch them off in settings.

This website uses cookies so that we can provide you with the best user experience possible. Cookie information is stored in your browser and performs functions such as recognising you when you return to our website and helping our team to understand which sections of the website you find most interesting and useful.

Strictly Necessary Cookie should be enabled at all times so that we can save your preferences for cookie settings.

If you disable this cookie, we will not be able to save your preferences. This means that every time you visit this website you will need to enable or disable cookies again.

This website uses Google Analytics to collect anonymous information such as the number of visitors to the site, and the most popular pages.

Please enable Strictly Necessary Cookies first so that we can save your preferences!

Please enable Strictly Necessary Cookies first so that we can save your preferences!